You know, sometimes you read a book and you don’t have much to say about it except a few words. Those books I don’t usually review because, I have nothing major to say about them or I just don’t know how to express my feelings toward them.

For those books, I decided to create a new category called “Mini Reviews” where, well, I am going to do mini reviews of them (hence the very original name :P).

“Simon Snow is the worst chosen one who’s ever been chosen.

That’s what his roommate, Baz, says. And Baz might be evil and a vampire and a complete git, but he’s probably right.

Half the time, Simon can’t even make his wand work, and the other half, he sets something on fire. His mentor’s avoiding him, his girlfriend broke up with him, and there’s a magic-eating monster running around wearing Simon’s face. Baz would be having a field day with all this, if he were here—it’s their last year at the Watford School of Magicks, and Simon’s infuriating nemesis didn’t even bother to show up.”

I finished this four or five days ago and I didn’t know if I wanted to review it or not. However, I realized that I didn’t have much to say about it, so here it is.

I really enjoyed this book: it was extremely cute and I read it in two days. Simon and Baz’s relationship was one of the best I’ve read in YA and they made me laugh a lot. However the story was very very predictable (I saw everything coming and I am not exactly Sherlock Holmes), the wordbuilding wasn’t great and the very cool setting (a magical boarding school!) wasn’t used as much as it could have been, we did not even assist to one magical lesson 😦 Otherwise it was a nice book and I liked it. (also there is no love-triangle! A YA fantasy without a love-triangle? Can you believe that?!) 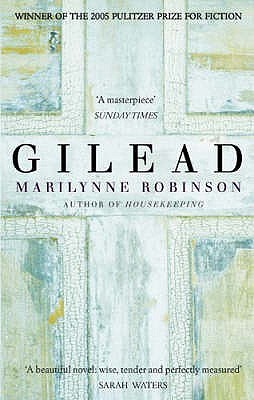 “In 1956, toward the end of Reverend John Ames’s life, he begins a letter to his young son, a kind of last testament to his remarkable forebears. Ames is troubled too by his prodigal namesake, Jack Boughton, his best friend’s ne’er-do-well son, who seems to be a living contradiction of everything that Ames stands for.”

Another case of : “Should I review this or not?”

The answer is no because I just don’t know how to review it… This book won the Pulitzer Prize for fiction in 2005 and, I can see why. I think that everyone should read this. Yes it is a story about a priest but you don’t have to be Christian to enjoy this. This book is about love and life and it is stunning. I can’t even talk about it because I feel like I don’t do this justice at all but I would highly recommend this to anyone with a brain.

I won’t put the cover because it is awful. No really, I would like to know why publishers feel the need to put half-naked men on their cover. It is not attractive at all and it doesn’t make me want to read a book. No thanks.

I read this at the beginning of the month because I was tired of reading depressing books and because of that I didn’t want to read at all. I found out last year that the best way to pull me out of this mood is to read New Adult books because they usually are cute, fast and very cheesy. I don’t read a lot of them because they almost always have the same plot (or the lack thereof) or they are full of over the top drama. Anyway, The Score was exactly what I expected it to be and it made me laugh a good number of time. It had too much drama for my taste but oh well, at least, it put me back into reading mood which is pretty great.

EDIT : I just realized that I forgot a book. Sometimes, I am really dumb.

“The Seven Cities Rebellion has been crushed. Sha’ik is dead. One last rebel force remains, holed up in the city of Y’Ghatan and under the fanatical command of Leoman of the Flails. The prospect of laying siege to this ancient fortress makes the battle-weary Malaz 14th Army uneasy. For it was here that the Empire’s greatest champion Dassem Ultor was slain and a tide of Malazan blood spilled. A place of foreboding, its smell is of death.

But elsewhere, agents of a far greater conflict have made their opening moves.
The Crippled God has been granted a place in the pantheon, a schism threatens and sides must be chosen. Whatever each god decides, the ground-rules have changed, irrevocably, terrifyingly and the first blood spilled will be in the mortal world.

A world in which a host of characters, familiar and new, including Heboric Ghost Hands, the possessed Apsalar, Cutter, once a thief now a killer, the warrior Karsa Orlong and the two ancient wanderers Icarium and Mappo–each searching for such a fate as they might fashion with their own hands, guided by their own will. If only the gods would leave them alone. But now that knives have been unsheathed, the gods are disinclined to be kind. There shall be war, war in the heavens. And, the prize? Nothing less than existence itself…”

The Bonehunters is a lot of people’s favorite installment in the series but… It’s definitely not mine.
It is actually my least favorite with House of Chains so far. I enjoyed it but it was too long (1211 pages!). Erikson could have taken off 800 pages, no joke.
Yes those pages were important in term of character development and such, but oh lord, they were boring.

Also, I am still mad at Erikson for what he did to Pearl. This was one of my favorite character and I don’t think that he deserved what happened to him…
However, I loved the fact that this book had a lot of scenes from a god perspective and Cotillion (the god in question) is now my favorite character in the series.
I won’t read Reaper’s Gale (which is book 7) next month because I think that I need a little break from this series, but I am definitely going to try to finish the MBoTF this year.

3 thoughts on “Mini Reviews: Carry On, Gilead, the Bonehunters and the Score”