I received an early review copy in exchange fron an honest review. My thanks to Netgalley and Orbit Books. All of the opinions below are my own. 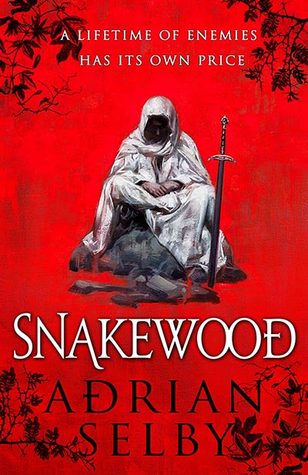 “Once they were a band of mercenaries who shook the pillars of the world through cunning, alchemical brews, and cold steel. Whoever met their price won.

Now, their glory days behind them, scattered to the wind, and their genius leader in hiding, they are being hunted down and eliminated one by one.
A lifetime of enemies has its own price. “

I usually try to make my own synospis when I do full reviews but, you have to admit that the publisher’s blurb is pretty amazing, very short, efficient and accurate so I decided that it would probably be better than my own one. 😛

Anyway, you may have heard about this book since it came out very recently and it has received a lot of negative reviews from early reviewers. It currently has an average rating on Goodreads of 2,84 which means that it is the lowest rated book on Goodreads that I read so far in my life and, I have to say that, because of this, I was very scared before going into this book.

And it’s true that it definitely not a book for everyone. However, it doesn’t mean that it is a bad at all.

The beginning is the hardest part of all, in the first chapter only, we meet three or four different perspectives in about three different timelines in more or less 15 pages. All of this without a real introduction; the reader is completely thrown into action, without any world explanations. The first character introduced is an old mercenary who speaks well, like an old mercenary, using a lot of technical terms that are unknown to us while making grammatical errors and using jargon which can be fairly hard to understand. It’s true that it makes the characters more fleshed out and real but it does not help to get into the story fast.

As I said before, the plot is non linear, we jump from characters to characters but also for timelines to timelines so if you combine the rough beginning with this, it may easily explain why a lot of people could not get into it.

As for me, even if struggled for the first 20% of the story, I really enjoyed this book and I think that it totally worth your time. Yes, the beginning is hard to get into, but the moment you start to have a grasp on the world, the unique elements of fantasy and the atmosphere, is the moment you realize that you can’t put this book down. It may take you a little longer than just 20%, I read a couple of reviews of people who finished it and they usually started to enjoy this book after 30% or so, but if you persevere, I really think that you’ll have high chances to really like this.

When I mentionned the “unique elements of fantasy”, I was talking about the “magic system” of this book (this is not exactly the right term but it is the closest I could find). Basically, mercenaries makes potions, called brews, to enhance their abilities or to poison their enemies during fights, and, even if at first it is a bit complicated to understand the different types of brews, it makes for a really interesting element of worldbuilding and I don’t think that I ever read about this kind of thing before in a fantasy book (except Harry Potter but it is not exactly the same thing).

This book is a grimdark fantasy book and, grim it is. The characters are not really likeable characters at all, they all kill, either for a living or for vengeance and they don’t mind it one bit, so yes, not the kind of people you would want your children to be friends with. However, I was still rooting for most of the characters (everyone except Galathia because, she was really too horrible to like) during the story because, the more you know them, the more you grow attached to them, no matter how despicable they are.

So, if the story sounds like something that would interest you and that you don’t mind reading about awful people in a complex world, you should probably give it a try. I f you manage to get through the first quarter (or third) of the story, it probably means that you are going to enjoy this book!

9 thoughts on “Snakewood by Adrian Selby”