Top 5 Wednesday was created by gingerreadslainey and  is now hosted by Sam fromThoughts on Tomes if you want to know a little bit more about them you can check the Goodreads group here.

The topic is pretty self-explanatory, here are five books that I really want to read before the end of this year! 🙂 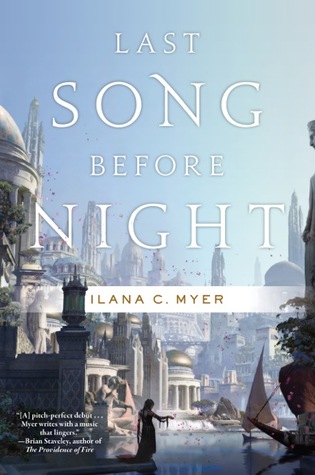 One of my reading goal this year was to finish the Malazan Book of the Fallen series and so far, I am failing. This series is great but all the installments are huge and they always take me ages to read so, even though I know I am probably not going to finish the whole series, I would like to read Reaper’s Gale!

I received this book as a Christmas present last year and I am really intrigued by it, it’s a literary science book following a priest who’s sent on foreign planet to explain/teach The Bible to an alien population while dealing with the fact that, on Earth, his wife is dying of cancer. Sounds depressiong as hell but interesting. I’ve heard that Faber’s writing style is gorgeous so I will definitely give this book a try!

I’ve attempted to read this book several times this year and every time, I end up putting it aside. I would like to try a last time before the end of this year, who knows, maybe this time I’ll finish it…

This book was one of my anticipated releases in 2015 and I still haven’t picked it. It sounds wonderful and I have it on my Kindle, I just have to read it now!

I know that I am going to love this book: I really liked all the previous books in this trilogy however, it’s so good that I don’t want it to be over which is why I still haven’t started it yet. Nevertheless, I want to know how it’s going to end so I’ll probably read it before the end of the year!