Well May was a MUCH better reading months than April, I managed to catch up on some review books and I read a couple of very good books which is always great!

I will be reviewing Faller shortly so I won’t talk about it here but I do want to say a few things about the books I didn’t manage to review this month because of a lack of time.

Empire’s End by Chuck Wending was a very nice conclusion to the Aftermath trilogy and I would recommend it to any Star Wars fan since it does offer a few explanations on what actually happened between The Return of the Jedi and The Force Awakens. It’s not a mindblowing trilogy but it’s fun and some of the characters are very interesting (like Sinjir for example).

Dusk or Dark or Dawn or Day  by Seanan McGuire was a very well written little novella that offered a really interesting discussion on grief and death and that I enjoyed quite a bit. My only issue with it is that McGuire (like with Every Heart a Doorway) turned the story into a mystery and I feel like it wasn’t necessary at all. However, I would still highly recommend this one!

However, I wouldn’t really recommend An Ember in the Ashes by Sabaa Tahir, it is better for me not to review this book because in my opinion it is just bad. I only gave it two stars because I found it so bad that it became funny, for me this book has almost no plot, the characters are complete Mary Sues and I don’t particulalry enjoy reading about love triangles… I might have enjoyed this one when I was 13 years old because of how cheesy it is but, even then, I think I would have rolled my eyes quite a bit. If I am looking for a very light and cheesy read at some point, I might actually pick up the sequel because why the heck not? It’s fun but if you are looking for a good YA fantasy, I wouldn’t recommend this one.

Last but not least, I finally, finally finished The Wall of Storms by Ken Liu, it took me 4 months to read the first half and 3 days to read the other one. It’s a very good book but because it took me so much time to read, I didn’t like it as much as I would have in other conditions. I wished it had been 200 pages shorter by Liu’s writing style is great and the setting is very refreshing and interesting! 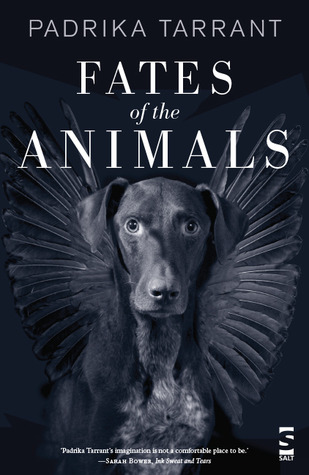 I read the first quarter of this short story collection that I picked up on a whim and… I just couldn’t do it, the writing is lyrical to the point it’s almost impossible to understand and I couldn’t see the point of any stories. It was just too odd for me, I’m sure some people would enjoy this but it’s just not for me.

I am trying not to read too many books at the same time for once so I can actually focus on them! I am currently reading A Thousand Paper Birds by Tor Udall that I received for review but since I am only a few pages in I can’t say much about it. I would like to pick up A Tyranny of Queens by Foz Meadows and The City & The City by China Miéville but we’ll see if I am in the mood for them after reading Udall’s book.

How was your month? Do you have any favorite reads? Mine sure are Raven Stratagem and The Underground Railroad! Hope you had a great month of May! 🙂

5 thoughts on “May Wrap-Up and June Reading Plans”