June is finally over which means that I’m done with school for a few months yay! I fully intend to read and post a lot during my free time. I still managed to read a couple of things this month, they were mostly short but for the most part very good books. I read two things in French which was a bit weird because for the past two years, I have read almost everything in English but that’s a nice change.

I will have a review for After Atlas coming probably early next week since I read it as part of my 2017 Clarke Project. I really enjoy this personal challenge but reviewing tthose books is very long since I take a lot of notes and putting them in order is not necessarily an easy feat, that’s why I haven’t been writing a lot of reviews lately. I probably won’t be catching up on any other reviews.

I really liked I, Robot by Asimov, it was my first Asimov book and it was absolutely brilliant, it was fascinating to see a book published in the 50’s still managed to be so relevant to our present days.

Micromégas by Voltaire and Chess Story by Stefan Zweig (or in my edition Le Joueur d’échecs since I read in French) are both classics that I picked up on a whim, they were both excellent and I would highly recommend them but I won’t talk about them in details because I don’t tend to review classics, I feel like I won’t do them justice. 😛

Tricked by Kevin Hearne is the fourth installment in his Iron Druid Chronicles series and it was a nice popcorn read, I can’t say it was particularly memorable but I read it during the last week of my exams and it was exactly what I was looking for at the time!

Best Books of the Month 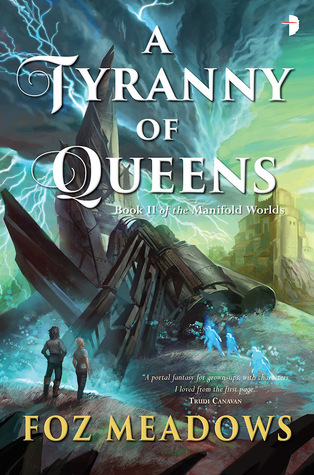 I already finished one book this month and it is Central Station by Lavie Tidhar, it was a re-read and I will have a review up next week. I am currently halfway through Beloved by Toni Morrison and A Conjuring of Light by V.E. Schwab, and so far Beloved is a very hard but excellent read and A Conjuring of Light is boring as hell, I will finish it because I want to finish a couple of series this year but ugh, so far it’s not good.

I also want to read The Prey of Gods by Nicky Drayden that I didn’t manage to read last month and I will probably also pick up One Hundred Years of Solitude by Gabriel Garcia Marquez.

I hope your month of June was a bit more relaxing than mine and that you managed to read some very good things! What were your favorite reads of the month? 🙂