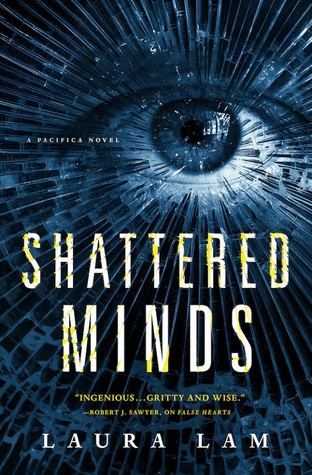 Ex-neuroscientist Carina struggles with a drug problem, her conscience, and urges to kill. She satisfies her cravings in dreams, fuelled by the addictive drug ‘Zeal’. Now she’s heading for self-destruction – until she has a vision of a dead girl.

Sudice Inc. damaged Carina when she worked on their sinister brain-mapping project, causing her violent compulsions. And this girl was a similar experiment. When Carina realizes the vision was planted by her old colleague Mark, desperate for help to expose the company, she knows he’s probably dead. Her only hope is to unmask her nemesis – or she’s next.

To unlock the secrets Mark hid in her mind, she’ll need a group of specialist hackers. Dax is one
of them, a doctor who can help Carina fight her addictions. If she holds on to her humanity, they
might even have a future together. But first she must destroy her adversary – before it changes us and our society, forever.

Carina is a former neuroscientist with a drug problem, she constantly has urges to murder people and, to prevent that, she is destroying herself by taking Zeal, a drug allowing humans to enter a virtual reality where all their dreams are materialized. For Carina, Zeal is her only opportunity to kill people without actually murdering anyone and, in her Zeal space she can summon murderers and kill them slowly, just like she wants it….Until the day her Zeal space is hijacked by a vision of a girl being killed by one of her ex-colleague working at Sudice Inc, Carina’s former employer.

Sudice, a company making neurological implants allowing humans to be connected at all times, is now working on a new brain-mapping project that might not be as innocent as claimed, meaning that it might involve a few murders. Carina soon realizes that the vision was sent to her by Mark, a man who used to work for Sudice and who’s now missing after discovering incriminating information about the new project. Mark sent all the information he had through the vision he sent Carina but, to access them, she has to unlock some memories once taken away from her and that she doesn’t especially want to recall. In order to expose the project, she will have to work with the Trust, an organization of people who wants to stop Sudice and put an end to her Zeal addiction, all of that without murdering someone in the process, which might be harder than it seems.

Set in the same world as False Hearts, Lam’s previous novel, Shattered Minds is a dark science fiction thriller filled with evil companies, corruption and murders. It would make a terrific movie or TV shows, the world felt vivid and it was fascinating to see how the society worked in this dark future. The pacing of the story was very interesting as we constantly jumped between past and present as Carina unlocked her memories and it definitely kept the story moving. If you are a fan of stories with evil and corrupt companies, I think Shattered Minds will be a real treat for you. I enjoyed the story quite a bit as it was an interesting thriller with cool sci fi/cyberpunk elements and my only complain is that I wished the characters were a bit more complex. Since Carina was the main character, she was a bit more developped but some of the side characters felt a bit  flat. However, I liked the fact that some of the chapters had different POVs and I especially appreciated the ones following the antagonist, it was really interesting to see her motivations and her reasoning.

It was my first Laura Lam book and now I am very intrigued by her other works, especially False Hearts since it is set in the same universe and I really enjoyed reading about this dystopian near future America, I don’t know if she will write other books in the same universe but if she does, I am definitely interested!

I received a copy of this book for free from the pupblisher Tor Books through Netgalley. All opinions are my own.