Remember when I said that I was going to read and post a lot this summer? Oh well, it didn’t happen since I ended up very busy both in July and August. It was mostly the good kind of busy since in July I traveled which is always an amazing experience, I went to Prague and to Toulouse with friends and I really enjoyed both places! In August I worked full time in a métro station as a tourist assistant, it was mostly not fun at all but at least I practised my English and my very rusty Spanish so there is that!

Anyway, even if I have not read as many books as I wanted and that I didn’t manage to be a very good blogger, I read some really amazing books especially in August so I am very happy with this!

The Prey of Gods by Nicky Drayden ★★★★

Down Among the Sticks and Bones by Seanan McGuire ★★★★ 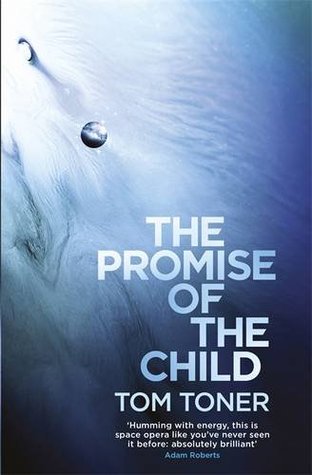 Infortunately, I had to put this book down after 25% because I wasn’t enjoying at all. I was very confused and I couldn’t understand what was going on at all. The worldbuilding was interesting but maybe a bit too ambitious or just not very clear: so many races, characters and storylines were introduced at the same time and I couldn’t keep track of everything. The writing was good so I will watch out for Toner other works in the future, The Promise of the Child being his debut book, his style might improve quite a bit in the future and it was interesting, just a bit too complex for me.

I received a copy of this book through Netgalley, all opinions are my own.

Best Books of the Month(s)

This month I read two amazing five stars books: The Stone Sky, the last book in N.K. Jemisin’s Broken Earth trilogy and New York 2140 by Kim Stanley Robinson! I will be reviewing them shortly but both of those books are going to end up on my Favourite Books of the Year list that’s for sure!!

Right now I am currently reading an ARC of Real-Town Murders by Adam Roberts, it is a near future sci-fi thriller and so far it is both hilarious and very clever so I am enjoying that a lot. I also just started the audiobook of Station Eleven by Emily St John Mandel, I have only listened to the first chapter so far but it was really interesting. I don’t have a lot of plans for next month but I would very much like to  finally read Ancillary Justice by Ann Leckie. I also need to read the ARC of Null States by Malka Older. If I have time, I may squeeze-in a re-read of Too Like the Lightning by Ada Palmer because I want to read Seven Surrenders but I really don’t remember enough of the first book to read its sequel now!

How was your month? Did you read some really good books too? I would like to know! 🙂