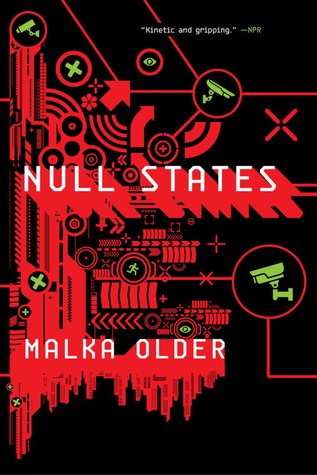 The future of democracy is about to implode.

After the last controversial global election, the global infomocracy that has ensured thirty years of world peace is fraying at the edges. As the new Supermajority government struggles to establish its legitimacy, agents of Information across the globe strive to keep the peace and maintain the flows of data that feed the new world order.

In the newly-incorporated DarFur, a governor dies in a fiery explosion. In Geneva, a superpower hatches plans to bring microdemocracy to its knees. In Central Asia, a sprawling war among archaic states threatens to explode into a global crisis. And across the world, a shadowy plot is growing, threatening to strangle Information with the reins of power.

The sequel to Infomocracy (2016) is not a high tech thriller following a Supermajority elections full of corruptions but a story focused on the aftermath of such an election. It focuses mainly on centenals (micro nations of 100 000 inhabitants) that just joined the micro democracy system and it opens up with the murder investigation of the former governor of the Darfur centenal. The actions mainly takes place in Darfur but also Geneva and China and it was interesting to see how Information differed in various places.

I won’t talk about the plot in any more details just because it would 1) completely spoil Infomocracy and 2) also spoil Null States since not a lot actually happens and it would be too easy to disclose a bit too much about the story and you wouldn’t have much to discover by yourself.

I am pretty torn about this book and I don’t really know if I enjoyed it or not. I felt the same way about Infomocracy but I hoped Null States would convice me a bit more. I really admire this series for the worldbuilding, the ideas and the tech. The most interesting parts for me were all the parts about Information: how it worked, how it installed itself in all the centenals and how it influenced the micro-democracy system. All the centenals part of the system have complete access to the Information network but it also means that everything they do is recorded. For people brought up with Information (like all the main characters), being recorded at all time is nothing special and having access to everything in a matter of seconds is as natural as breathing. However, for people new to the system, this constant surveillance is too much and most of them tends to find this quite unsettling if not threatening.

In Infomocracy, Information was definitely the “good guy” of the story: an organization that worked in favor of democracy and distributed information to everyone while always being partial. In Null States, we can definitely sense a shift in their role, a lot of their actions are quite questionable and they don’t seem to be supporting the Supermajority goverment as much as replacing them completely, the elected government turning into a figurehead while the real decisions are made elsewhere.

This aspect I found fascinationg, however, as I said, I have mixed feelings about this series, my main problem being that I disliked almost all of the characters except two minors characters that happened to be inhabitants of Darfur. I found Ken and Mishima flat and bland and I actively disliked Roz, the main charactre of Null States. I don’t have to love characters to enjoy a book but when they all annoy you and act completely selfishly during the entire book, it starts to get on my nerves.

Roz was unbearable, she was rude to everyone including the people she worked with, she was extremely close-minded and couldn’t bring herself to at least attempt to open herself to other cultures and opinions other that her own. She acts like a robot 99% of the time and suddendly transform herself into a cheesy mess when she decides she’s in love with a guy just because she’s attracted to him. I mean I almost gave up on Null States several times just because I was so fed up with Roz’s behaviour.

If you read and enjoyed the first book then you’ll probably like Null States too but if you didn’t, I don’t think you’ll enjoy this one either infortunately…

I received a copy of this book through Netgalley. My thanks to Tor.Com. All opinions are my own.

I seriously don’t know where this year is going , September went by extremely fast and now October is upon us and I still feel like we are at the beginning of the year!

I love fall but as always (and I think it’s the case for everyone), September is an extremely busy and exhausting month. I didn’t have a lot of time to read and when I did, I either took naps or watch TV shows that were less demanding to my brain… So that’s why there isn’t a lot of books in the Books Read section but oh well, naps are important.

I didn’t have the worst reading month ever but most of the things I read didn’t really impress me. The Real Town Murders was the only book that really stood out to me this month. Station Eleven and All Systems Red were nice enough but they didn’t managed to meet my expectations. I already managed to forgot the names of the main characters so that tells you something.

However, the biggest and most surprising disappointment is my re-read of Too Like the Lightning, yes I know, shocking considering that it was one of my favorite book of 2017. However, I didn’t find it nearly as good after another read, I’m still intrigued by the sequel but this time, I found the style incredibly pretentious and plainly annoying. The intrigue was still good but the style felt overdone and almost awkward at times and it didn’t felt right with the setting of the story.  I guess it didn’t bother me as much the first time around because I was more interesting in the world and the complex political intrigues… Anyway, at least this time around I understood all the political maneuverings a bit more but I wouldn’t consider this book to be a favorite anymore. 😦

Best Book of the Month 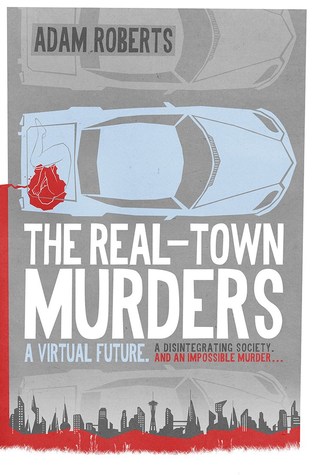 Without a doubt The Real-Town Murders by Adam Roberts, a fun, innovative and clever science fiction thriller that I devoured in a few sittings.

I don’t know about you but during fall I love to read spookier things and I have a ton of books I really want to get to this October! I started IT by Stephen King a few weeks ago and I would like to finish it this month. So far I like it even if I thought it was going to be much more scary than it actually is. However, since I have only read the first part yet, my opinion on the level of “scariness” may change. I’m also 10% in Null States by Malka Older which is the second book in the Infomocracy series and so far so good.

As I said, I am currently in the mood for scarier/spooky books this month and since I am considering a lot of options, I will just list the ones I really want to get to soon. If you see a particular title that looks interesting to you or that you would like me to read, please say so, it would help me narrowing down the list!

Hope you had a great month! 🙂