The winner will be announced July 18th so my goal is to read and review every book before that. So brace yourself for some serious Clarke spam in the next few days. 😉

You can find more thoughts about my reaction to the shortlist here and about my shortlist predictions here. 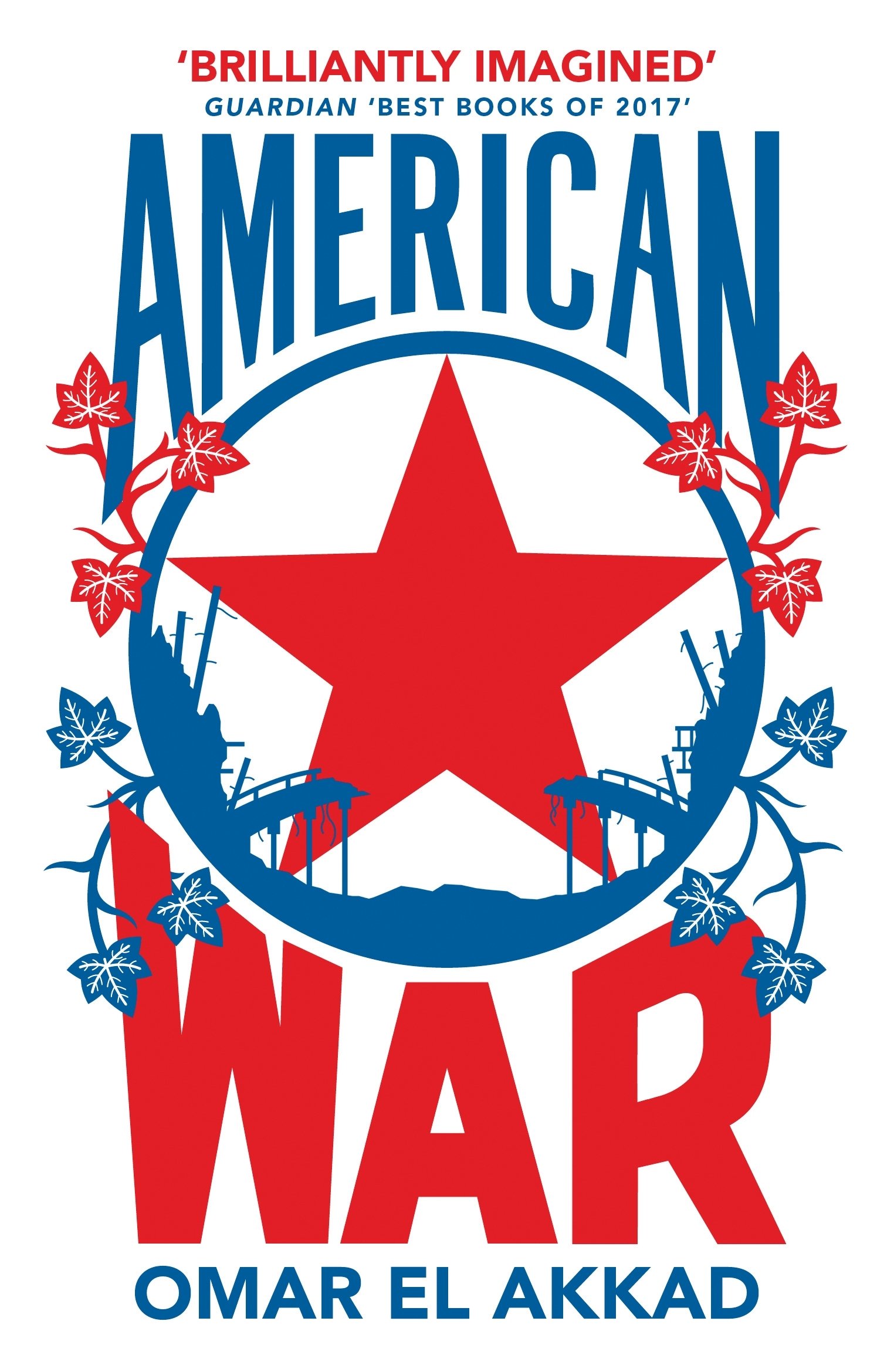 Sarat Chestnut, born in Louisiana, is only six when the Second American Civil War breaks out in 2074. But even she knows that oil is outlawed, that Louisiana is half underwater, that unmanned drones fill the sky. And when her father is killed and her family is forced into Camp Patience for displaced persons, she quickly begins to be shaped by her particular time and place until, finally, through the influence of a mysterious functionary, she is turned into a deadly instrument of war. Telling her story is her nephew, Benjamin Chestnut, born during war – part of the Miraculous Generation – now an old man confronting the dark secret of his past, his family’s role in the conflict and, in particular, that of his aunt, a woman who saved his life while destroying untold others.

American War opens up in 2074 when the Second Civil War breaks out because of a global warming prevention act, the Sustainable Act, a treaty to stop States from producing oils. Or maybe the country was on the verge of imploding anyway and the terrorist attack that killed the President was just a pretext to start a war. It doesn’t matter anyway to our protagonist, Sarat Chestnut.

She is only six years old when the conflict starts and her family tries to move up North, to the Blues, and to what they all believe will be a safer place to live. However, when bombs are dropped by drones too close from their home, the Chestnust don’t have any other choice than fleeing to a refugee camp situated near the border.

At Camp Patience, Sarat grow up listening to the sounds of bombs. When she’s just a teenager, she gets approached by a man whose sole aim is to turn her into a deadly weapon. One that will change the course of the war.

American War is the kind of dystopian books I love, it’s very reminiscent of the Handmaid’s Tale in the way it uses worldbuilding and history to explain how everything unfolds. It’s rich in details and the media excerpts separating each chapters give us an even broader vision of the narrative. We get perspectives from the Blues, the Northerners, but also from inhabitants of other countries implicated in the war. This allow the reader to understand the deeper meanings of the conflict, especially when we learn about the mysterious investors that finance both siedes, as if they had every intentions of sustaining the conflict as much as possible…

“Sarat smiled at the thought. “You couldn’t just let us kill ourselves in peace, could you?”

We meet recruiters, people who indoctrinate young people to turn them into suicide bombers or members of militias. Because of them, both Sarat and her older brother found themselves fighting the war that killed their father. We follow them as they grow from innocent child to martyrs or deadly and disillusioned young adults fueled by hatred.

Sarat isn’t a likeable character but she can’t be. Everything in her life, from the circumstances that lead her to grow up at Patience, to the people who whispers in her ears turn her into who she is. Her life is gut-wrenching, her acts, unforgivable, but you can’t keep yourself from understanding her anyway.

“What was safety, anyway, but the sound of a bomb falling on someone else’s home?”

American War is thought-out, rich and deeply researched book rooted in the past. Omar El Akkad is a journalist who covered events in Afghanistan, Egypt and the Arab Spring and you can feel it in the writing and how believable every detail is. I was pulled in the narrative after a couple of pages and I was completely immersed until the last word. It’s a story about war, growing up hating your own people and how it can affect entire families. It’s also about doing what you think is right when nothing is right anymore.

I heard a lot of great things about this book last year but I don’t know why I categorized it as a novel I “should probably read at some point but not now”. I’m glad it was shortlisted for the Clarke otherwise I might never have given this book a chance and it would have been a real shame. American War is a hard read but necessary to everyone. It’s not pointlessy unpleasant like Gather the Daughters for example. It’s hard because it teach us how every war is basically started the same way and sustained by entities that benefit from it without caring about people that have to live through it.

It’s clever, thought-provoking and raw. It’s also one of the best books I read this year.