In January I had finals so I decided to take a break from blogging and reading until my winter break. After sleeping, catching up on a lot of shows and finally having my results I slowly started to read again and, I decided to change things up by focusing more on a genre I neglected a little the last few years: fantasy!

I will talk about it more in my next post but I think I burn myself out a bit with science fiction last year and a quick break from this genre for a couple of weeks will probably do me good.

Anyway, here are the three fantasy books I recently read and some quick thoughts about them (funny enough they all are conclusions of series and written by women and it wasn’t even on purpose).

Smoke in the Sun by Renée Adhieh

I randomly decided to pick this book up at the beginning of January towards the end of my finals because I needed something easy to read to entertain myself. I didn’t even enjoy the first book that much but since I had the second book and about three brain cells that weren’t on the verge of imploding, I thought why not?

I like Adhieh’s writing and I haven’t read a YA fantasy in a while so it was a nice distraction. I’m glad we are slowly getting fantasy books set in Asia, it’s very refreshing. The book was, as I thought it would be, just okay. The plot was fairly predictable, same goes with the romance but it was enjoyable nonetheless and I think it was what I needed at the time.

If you like YA fantasy book and need a quick duology to read, Renée Adhieh’s books are a good option, I enjoyed The Wrath and The Dawn quite a bit more than Flame in the Mist and its sequel but the writing was pretty good, the story entertaining and overall, I don’t regret the few hours it took me to read. 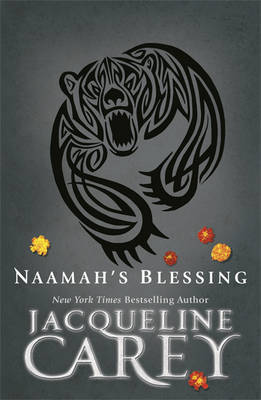 Naamah’s Blessings is the third installment in the third trilogy set in Carey’s Kushiel world. I have been slowly reading these books (I think I started back in 2013) and it feels odd to be done with this world. I hope Carey will write other works set in it because I can’t let this universe go, the worldbuilding is superb, rich with details and the characters are fascinating.

I have to say however that the last trilogy wasn’t my favorite of the three. I really liked the main character Moirin but something about the pacing didn’t feel just right. I found myself skimming some parts mainly when they were about travels. I like how Carey describes her world and the various cultures but sometimes it felt like it was just delaying the action. Because of that, my favorite trilogy remains the first one, however, I still really enjoyed reading Naamah’s Blessings. Going back into this world felt like wearing my favorite hoodie:  it’s cozy, enjoyable and you know what you are going to get!

Even if it wasn’t my favorite book set in this world, it was still a satisfying ending and I really enjoyed the ride. If you enjoy political fantasy with romance and the just dose of magic, give Jacqueline Carey a try, you won’t be disappointed!

A Court of Wings and Ruin by Sarah J. Maas 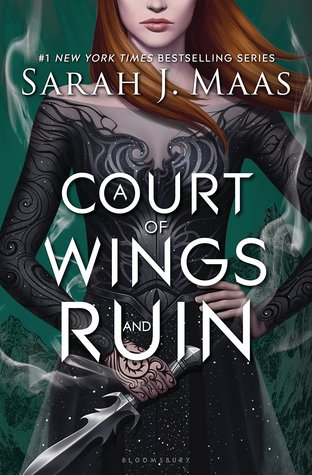 I read A Court of Mist and Fury when it came out in 2016 and I really, really disliked it. I wasn’t a huge fan of A Court of Thorns and Roses either but ACOMAF really got on my nerves. However, same as with Smoke in the Sun, I had A Court of Wings and Ruin sitting in my Kindle and not a lot of free brain cells left so I decided to give the first few chapters a try for the heck of it.

To my surprise, I found myself intrigued enough to commit myself to a 700+ pages book and, even I still thought it had some of the same issues as the second book, I managed to enjoy this one way more.

My main issues with the series are mostly with the romance and the very cringy way it’s written. I found a review mentionning the fact that the word “mate” was used 202 times in the book and I’m not surprised. Same goes for the world “purr”, “mighty” and “male” to be honest.

Sarah J. Maas was one of my favorite other when I first got into YA fantasy: I thought her worlds and characters were flawless. Well, let’s just say that I changed a lot as a reader now and that I don’t find her romances swoonworthy anymore.

However, once I started skimming all the cringiest scenes (and they were many of them), I managed to enjoy the story just fine. I wouldn’t particularly recommend this series but I now feel pretty neutral towards it, it’s not great but it’s the worst thing I’ve ever read either. I don’t know if I’ll read the follow up series but it was a nice end-of-exams book.

Anyway, that’s all the books that I managed to read those last few weeks. Since I’m still not in the most for science fiction, I will probably continue my fantasy binge for the time being. I have several books on my radar such as The Girl in the Tower by Katherine Arden, Burned by Karen Marie Moning and Trail of Lighting by Rebecca Roanhorse but I don’t know for sure which one I’ll be picking up next!

3 thoughts on “Review Round Up: Shadow of the Sun, Naamah’s Blessings and A Court of Wings and Ruin”