In my last post I mentionned that I was a bit burn out on science fiction and I’m pretty sure I know why.  I didn’t read a lot of books last year and when I could squeeze in a bit of reading time, I concentrated my efforts on more complex and challenging books because I found those the most fascinating. That’s the way I am, I love to take on challenges, figure stuff out on my own and make the “most” out of my brain cells. I tend to get bored easily if I don’t have something to do!

However, I’ve started the French equivalent of graduate school back in September (I study biological engineering) and, let’s just say that my brain cells have been working quite a bit since.

If I look at my reading, September is the moment it started to dwindle. It took a while for me to figure out that making reading hard by concentrating most of my reading time on more complex reads wasn’t necessarily the best decision. It just turned my hobbie into more work on top of everything else.

I realized that at the end of December when I couldn’t read more than a page or two each day. At the time I was reading The Last Good Man by Linda Nagata, a military science fiction that deals with a lot of darker themes. It’s an interesting book, well-written for sure and, because of that, I didn’t get why I couldn’t bring myself to read it.

The answer is pretty obvious actually, a book can be great but the enjoyment of it is deeply linked to the timing of its reading. And  forcing myself to read about wars, terrorist attacks and torture before/during finals wasn’t really the best idea!

That’s why I decided that 2019 would be the year where I will try to be more conscious of the fact that reading is a way for me to relax and have fun. It’s not to say that I won’t read challenging books anymore because I definitely will but I want to find a good balance.

To start this year on the right path, I decided to put very little pressure on myself and to read any work peaking my interest at the time. For now, it’s fantasy books and short fiction, I’ve read a lot of both in the past few weeks and I had a blast! Knowing myself, the science fiction novel break is not going to last that long anyway because it remains my favorite genre.

Anyway, even if the start of the year has been a bit rocky, I liked all the things I read in January and I hope February is going to be even better!

I liked everything this month but my two favorite things were the two short fiction magazines I read at the end of the month. I won’t review them on my blog but on Goodreads. I will do a Short Fiction Sunday post toward the end of the month mentionning my favorite stories overall, I think it might be more interesting than a post for each issue. 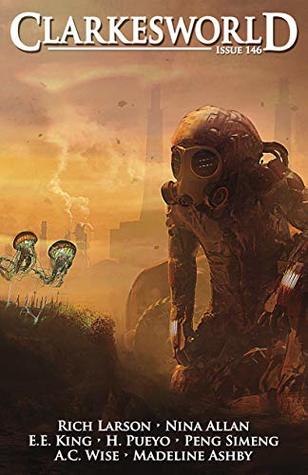 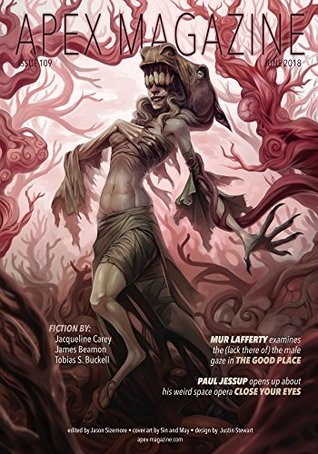 As you can see, I’m following along the fantasy and short fiction theme!

I’m going to try and catch up on my short fiction reading because I may or may have not subscribed to four magazines this year… I know it’s a bit crazy but it’s too hard to choose only one! However it also mean that I will probably drown under stories which is, to be honest, a good way to die. I’m now subscribed to Clarkesworld, Uncanny, Interzone and Apex so… you’ll be getting more Short Fiction Sundays this year!

I would also like to re-read The Traitor Baru Cormorant because I have the sequel sitting unread in my Kindle but I remember almost nothing from the first book! (except that it was very good and heart-wrenching)

Anyway, I think I rambled enough, I hope your 2019 started off strongly and that you read amazing books! 😀