Here’s my list of May anticipated releases, I know this is going up a bit late but better late than sorry! As always, this list is a just a small(ish) selection,  I haven’t mentioned all the books I’m intrigued about and I’m sure I missed a number of great ones. However, I love gushing about shiny new books and I thought it would be a great opportunity to do so.  It’s not a TBR by any means though I really want to read those! 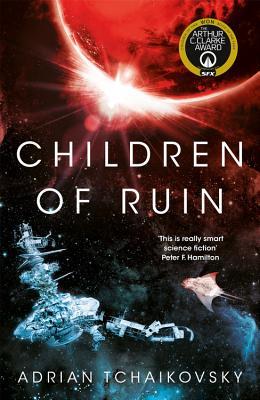 The Undefeated—Una McCormack (May 14, Tor.com Publishing)

She was a warrior of words.
As a journalist she exposed corruption across the Interstellar Commonwealth, shifting public opinion and destroying careers in the process.
Long-since retired, she travels back to the planet of her childhood, partly through a sense of nostalgia, partly to avoid running from humanity’s newest–and self-created–enemy, the jenjer.
Because the enemy is coming, and nothing can stand in its way.

You know I always need to feature at least one Tor.Com novella in my monthly posts! I’m excited about this one because I have a thing for political thriller science fiction stories. I don’t know a lot about this one, I haven’t read any reviews yet but I would like to read it asap!

Children of Ruin (Children of Time #2)—Adrian Tchaikovsky (May 14, Orbit)

Thousands of years ago, Earth’s terraforming program took to the stars. On the world they called Nod, scientists discovered alien life – but it was their mission to overwrite it with the memory of Earth. Then humanity’s great empire fell, and the program’s decisions were lost to time.
Aeons later, humanity and its new spider allies detected fragmentary radio signals between the stars. They dispatched an exploration vessel, hoping to find cousins from old Earth.
But those ancient terraformers woke something on Nod better left undisturbed.

I read and absolutely loved Children of Time when it was published so I’m very, very excited about the sequel! I’m not sure it needed a sequel, the first book was a great standalone, but I loved the world so much that I’m looking forward to reading another story set in it! 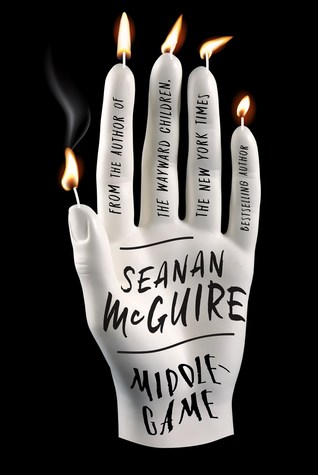 Meet Roger. Skilled with words, languages come easily to him. He instinctively understands how the world works through the power of story.

Meet Dodger, his twin. Numbers are her world, her obsession, her everything. All she understands, she does so through the power of math.

Meet Reed, skilled in the alchemical arts like his progenitor before him. Reed created Dodger and her brother. He’s not their father. Not quite. But he has a plan: to raise the twins to the highest power, to ascend with them and claim their authority as his own.

I tend to like Seanan McGuire books (even if I DNF’d the last one I read) so I’m willing to give it a try! At first glance, I thought it was a novella but it’s actually not: it’s a 500+ pages book. As always with McGuire, the premise is amazing!

In a chamber overlooking the nighttime waterways of a maritime city, a man looks back on his youth and the people who shaped his life. Danio Cerra’s intelligence won him entry to a renowned school even though he was only the son of a tailor. He took service at the court of a ruling count–and soon learned why that man was known as the Beast.

Danio’s fate changed the moment he saw and recognized Adria Ripoli as she entered the count’s chambers one autumn night–intending to kill. Born to power, Adria had chosen, instead of a life of comfort, one of danger–and freedom. Which is how she encounters Danio in a perilous time and place.

Vivid figures share the unfolding story. Among them: a healer determined to defy her expected lot; a charming, frivolous son of immense wealth; a powerful religious leader more decadent than devout; and, affecting all these lives and many more, two larger-than-life mercenary commanders, lifelong adversaries, whose rivalry puts a world in the balance.

I’m sooo excited about this! I read and really liked Children of Earth and Sky a few years ago and I’ve been meaning to read more books by Kay ever since. Historical fantasy is one of my favorite genre and few writers can pull it off as well as Guy Gavriel Kay. 😀

What are some of your most anticipated releases this month? 🙂

7 thoughts on “May releases I’m intrigued about”