Top 5 Wednesday was created by gingerreadslainey and if you want to know a little bit more about them you can check the Goodreads group here.

Sorry for the lack of reviews recently, I don’t have much time to read because I have lots of exams at the momen and so, even if I’m spending every day in my university library, I can’t read. Yes it’s very frustrating! 😛

Anyway, I’m here to do this week’s topic which is the “top five books I’m intimidated about”. It was pretty easy to choose , I really want to read those books, but I am pretty scared by them. But, one day, I’ll read them. (Probably.) 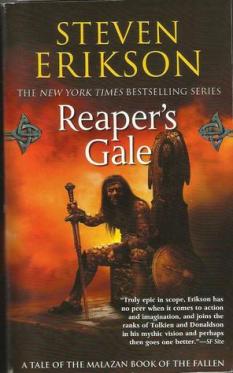 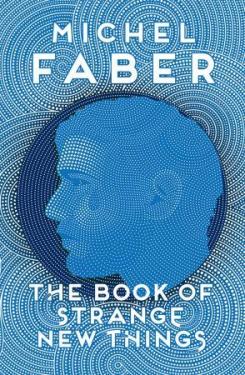 I attempted to read this about two months ago and I really struggled with it. However, I really want to try it again because I know that once I get used to the world, I’ll probably really love it.

This book is very intimidated to me, I really don’t know if it’s something I am going to enjoy or not. I really love LoTR and I want to read other things by Tolkien but I know that a lot of LoTR’s fans really struggled so yeah, it’s a book I want to read in my life but maybe not immediately. 😛

I really love Hyperion, I read it two times and it’s one of my favorite books of all time and I don’t know why I haven’t been able to read the freakin’ sequel. Maybe it’s because I’m scared it’s not going to be as good as Hyperion but, I will never know that if I don’t read it. I am going to read it. This year.

It’s the seventh book in the Malazan Book of the Fallen series by Erikson and it’s supposed to be the most boring of the whole series and it’s almost 1300 pages. This series is incredibly complex and all the books are huge which is not a great combo (for me at least). I wanted to finish it this year so, I’ll need to read Reaper’s Gale sooner rather than later but, ugh, I know that it is going to take me ages to get through.

The synospis of this book is really intriguing but I’ve heard a lot of mixed things from people I trust… I received this book as a gift from my sister last Christmas so I am definitely going to read it (or at least try). If you read this book, did you like it?

What about you? Any intimidating in your TBR? 🙂