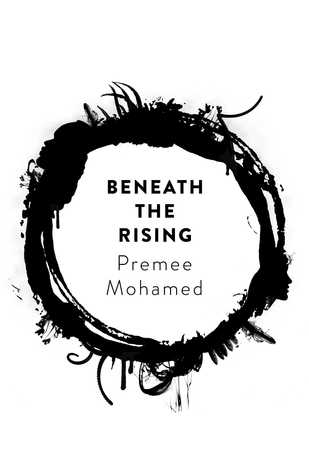 Nick Prasad and Joanna “Johnny” Chambers have been friends since childhood. She’s rich, white, and a genius; he’s poor, brown, and secretly in love with her.

But when Johnny invents a clean reactor that could eliminate fossil fuels and change the world, she awakens the primal, evil Ancient Ones set on subjugating humanity.

From the oldest library in the world to the ruins of Nineveh, hunted at every turn, they need to trust each other completely to survive…

Joanna Chambers, also known as Johnny, is a multi-billionaire child genius who managed to solve most of the world’s problems when she was no older than 10 years old – cures for HIV and various other diseases, poverty, changed the laws of physics etc. She is now looking for her next challenge: renewable energy. At the beginning of Beneath the Rising, she manages to discover a way to create an unlimited energy source in a shoebox. What she didn’t expect was to also unleash elder gods who lived in another dimension. She now needs the help of her very ordinary best friend, Nick Prasad, who is very much in love with her, to find a way to prevent monsters from invading the world and enslaving humanity.

With such a synopsis, most readers would expect to read the story from Johnny’s perspective. She’s, after all, the genius of the story. She’s also white, privileged and richer than anyone else. However, the main character of this book is Nick, the ordinary sidekick, brown, poor and not-a-genius. I really liked this aspect of the story, it made me enjoy the book way more than if it had been told from Johnny’s perspective. Indeed, Nick’s thoughts and feelings towards her are very complex. They are a mix of admiration, jealousy, betrayal, imposter syndrome and love. Both characters have been friends for their entire life, however, because of how different they are and the difficult situation they are thrown into, their friendship is put through a lot and some problems that were ignored by both characters for years are starting to come to the surface.

Beneath the Rising is a hell of a ride, it’s a mix of everything you could think off: horror, science fiction, dark fantasy, alternate history blending coming of age elements with the Chosen One trope. The two protagonists are running out of time and are going from country to country, meeting obscure cult-like orders and searching for answers in forgotten libraries and ancient ruins. This book requires a good deal suspension of disbelief but it’s worth the ride. It’s absurd, quirky, fun and fast-paced. I read the whole thing in two or three days and it was hard to put the book down.

The only thing that bothered me a bit was that it became a bit repetitive towards the end. Maybe it’s because I read the whole book quite fast (which is something I rarely do now) but some parts of the story were very similar to one another. For example, Johnny and Nick have to travel a lot during their quest and all their travels followed the same structure. They flee from their previous destination, get arrested or almost arrested when they arrive to the new one, meet someone who can’t/doesn’t want to help them, still manage to get where they want, monsters attack them right at the point they are finding a solution, they flee again. To be fair, a lot of stories follow the same structure but after a while, it was a bit redundant. However, I was having so much fun with the characters’ relationship and banter that it didn’t take me out of the story.

I don’t think this book will stay with me for a long time but I really enjoyed it when I read it and, for me, it’s enough. If you are looking for a fast-paced, funny and completely wacky book that manages to discuss important issues such as race, privilege and class, I would definitely recommend Beneath the Rising.

9 thoughts on “Book Review: Beneath the Rising by Premee Mohamed”